To be Digitally Agnostic in the age of Satellites, Screens, and Social Media

Home/Blog/To be Digitally Agnostic in the age of Satellites, Screens, and Social Media
Previous Next

To be Digitally Agnostic in the age of Satellites, Screens, and Social Media

Does Social Media worry you? Do you find yourself confused in this age of digital media, adrift in the world of networking?  Worried about satellite versus cable? Android versus Apple? Tablets versus smart phones?   Messaging and connecting with your clients and colleagues has never been easier, but it has also never been as potentially confusing. Fear not.  The key to happiness, calm, and I would suggest success, in this Second Reformation, this Digital Renaissance, is to step back, take a moment of Zen, and to become Digitally Agnostic.  Social media platforms will come and go, content is always king, and it’s really all about the bits. 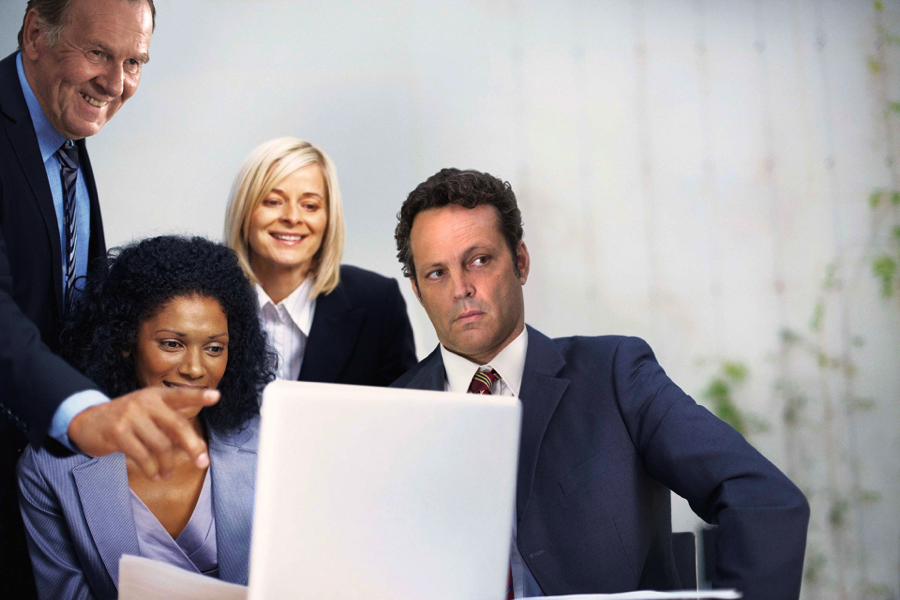 I’ve seen people really stress about which social media platform to use for their company.  Google+ versus Facebook? Twitter versus Vine?  Linked In versus Tumblr.  Which one should they pick?  People argue about which is best.  It’s worse than football rivalries or Mac versus PC.  It’s really quite tribal.  It’s as if they like taking sides.  After all, they are all trying to find the ‘killer app’ and to ally their companies with the social media platform that will ‘win’.  Yet if you try to pick the winner I guarantee that you’ll fail.  Yes, I understand you may have demographics and target markets to hit, but just when you think you have it sorted out, something new will replace the ‘winner’ you’ve just chosen.   How’s that My Space page coming along?

Back in 520 BC, Heraclitus wrote that ‘change is the only constant’ and with great irony and tongue firmly in cheek nothing much has changed since, and most certainly in the midst of this Digital Renaissance this is true as never before.

As Sir Martin Rees the Astronomer Royal also puts it, “In the past one hundred years we have experienced more change than in the past one thousand years combined.” Change can be incredibly hard, and with the growth of exponential technologies and their impact upon our lives, it is getting harder and faster all of the time.  Now is not a good time in history to be a technophobe.

However, if instead you focus on your content and seek to use all of the available social media platforms, you will win.  The stress goes away.  You shouldn’t care which platform you are using versus another.  You should try to use them all.  Why not? They’re all free after all.  Try to be agnostic about this, be Digitally Agnostic.  It’s all digital data flowing over a series of satellites and cables to your audience over a series of evolving screens too.  If you focus on your content it doesn’t matter what new service arises, you’ll be ready. 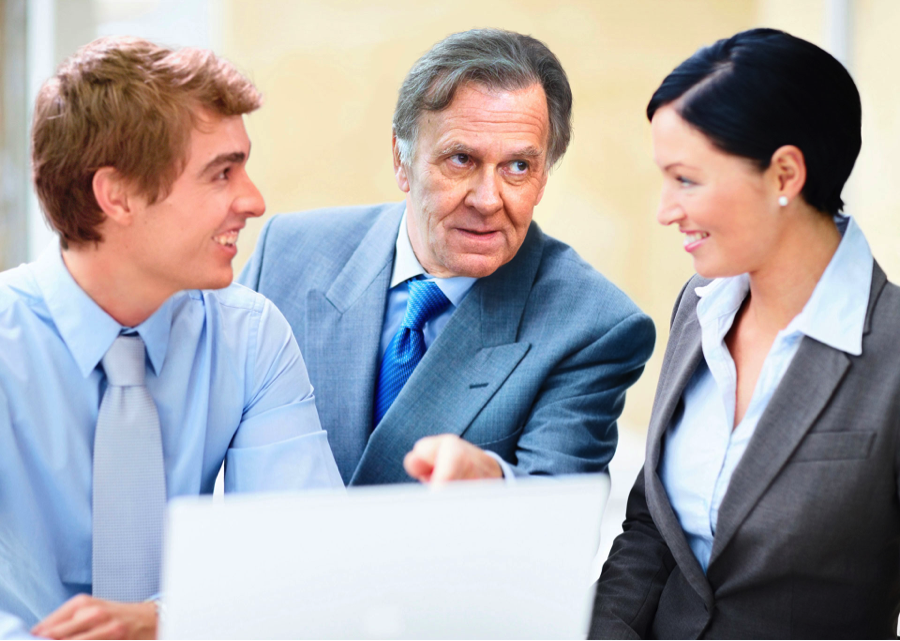 That’s what we have to do at our Society, the Society of Satellite Professionals International (SSPI).  We have to learn to become Digitally Agnostic ourselves.   Our Linked In site is gaining traction (4,000+ members so far) and we’re getting better at Twitter…yet we can and will do better.   No one ever said being Digitally Agnostic was easy.

We’re the largest professional association in the space and satellite industry globally and dedicated to networking.  Twenty-five years ago this meant meeting at Conferences, local chapter events and mailings.  Today, we have social media as a tool for networking as well.

One of the biggest questions we’re facing, like many others, is how does a professional society with a focus on networking evolve in the age of social media where companies are spending literal billions to create social networks that they give away for free?  Social media is improving networking almost daily…are we?

Do we dig in and compete against the Silicon Valley Giants with our own proprietary technology?  Do we ignore them and hope they go away?  Or do we embrace the change they bring and thank them profusely for their disruption and giving us a host of amazing new tools to better complete our mission?

Our members want to connect.  That’s why they join.  It shouldn’t matter how they want to connect or which social media platform they prefer to use just as long as it works for them.  That’s all that should count.  Connecting people is the Society’s role.   How we connect our members has to constantly change and evolve with the times, and if we are to remain relevant as a society.  It’s really quite Darwinian.   We either become Digitally Agnostic or Digitally Extinct.

To be Digitally Agnostic is to accept that all data is digital, that all content is purely bits.  That there is no real difference between the provision of services for Internet, gaming, music and movie and television.  It is not to care about Android versus Apple or PC versus Mac. Those tribal definitions are but fleeting.  It is to move beyond satellite versus mesh versus mobile versus cable. To transcend Fixed Satellite Services (FSS) versus Broadcast Satellite Services (BSS) versus Mobile Satellite Services (MSS).  Everything is becoming the provision of digital data: bits.  It’s a communications free flow of ideas.

Some people talk about being Device Agnostic or Platform Agnostic.  They take this further with Transmedia.  Yet, they are often speaking of their change in their own part of an industry, from a silo.  To be Digitally Agnostic encompasses all of this and more for every industry and for every point of communication everywhere.  For Satellite we service the communications needs of the entire human race and near every industry in it.  We need to disengage and step back and see all of the change for what it truly is, and from here we can see that it’s all about the bits. (Stott)

In this age of High Throughput Satellites (HTS) it’s also really all about the bits.  All data is now essentially digital.  How it gets to the screen that you’re reading it on is increasingly a matter of pure economics (let’s face it, if you’ve printed this to read it  - shame on you!  That’s Arborcide at its 21st Century worst!).  Content providers have become Digitally Agnostic in their own right more from market pull more than technology push.  A proverbial silver lining of the Cloud? It’s no longer about satellite versus cable versus wireless versus mesh.  The Pelton Merge has happened.  It’s just about getting content to users.  It’s all about the bits. 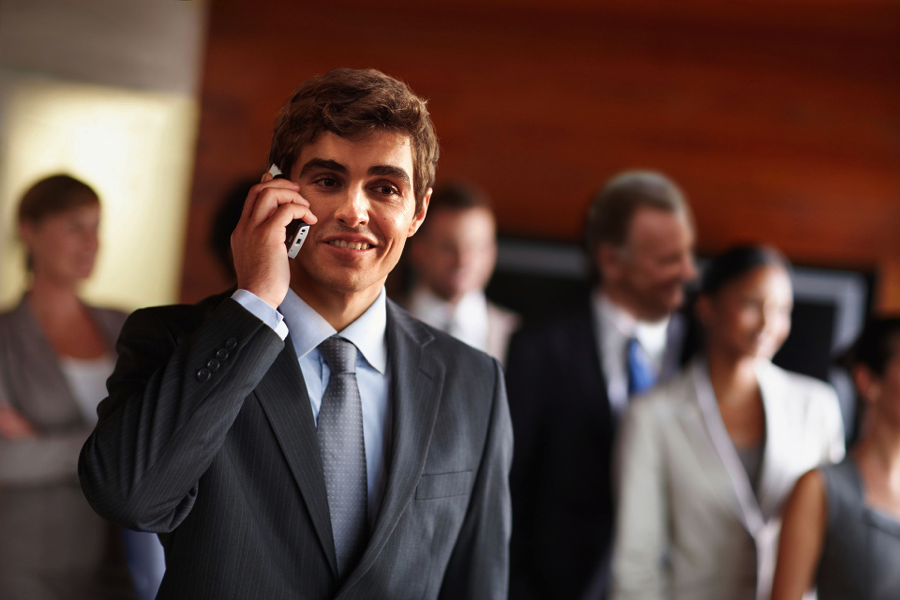 How about the screens they serve?  Here the digital lines are blurring even more.  Are you an Apple person or a PC person?  iOS or Android?  Goodness, you still have a Blackberry?   What is the screen of the future?  The market will decide, not us.  The market is Digitally Agnostic too.

Don’t believe me?  May I please ask how many old devices you have sitting on a shelf at home or at the office that are still perfectly useable, but not quite ‘new’ enough?  That old cell phone still works; it’s just not a smart phone.  Same with that old iPhone 4, but it’s not a new 6S.  Do you still watch TV on a TV?  Where do you game?  Solo or Online?  Cable or wireless? Do you TiVo or binge watch? 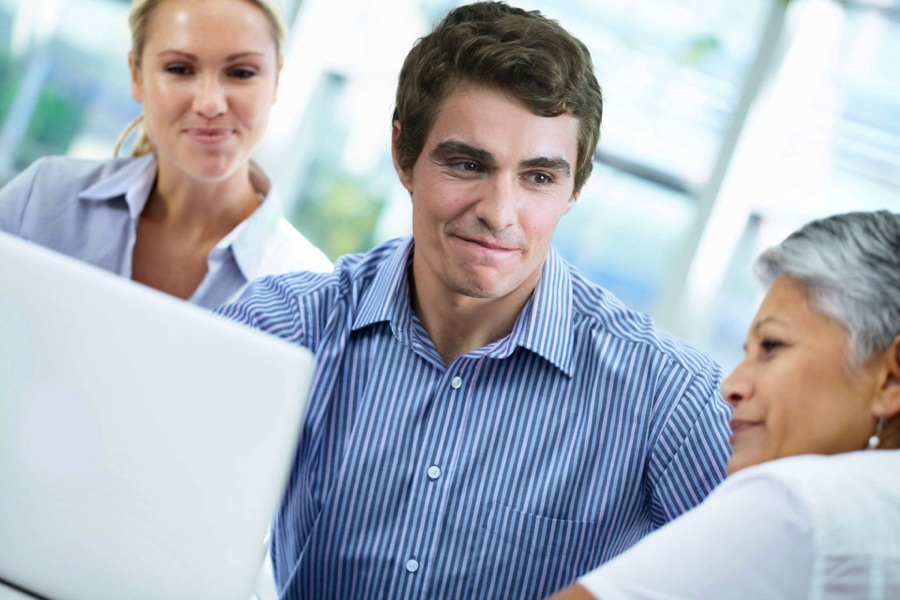 Consumers are already Digitally Agnostic seeking to work or watch content anywhere anytime on any device, and our providers Microsoft, Google and Apple are all leading us to this direction, but those who cling to one format or one screen are essentially doomed, flotsam and debris on the tidal wave of change.

We’re not too far from the time when our personal data cloud (work and personal) will work on any screen with any data anywhere anytime.  From having a Doctor check your medical records to buying a coffee at Starbucks to cashing a check or buying music to watching a movie to sharing photos to giving a presentation to a client…it doesn’t matter what type of screen as long as it allows you to access your data.

We’re close to an age of recyclable disposable ‘instant’ cheap throw away tablets and phones.   It’s becoming less about the device and more about the content.  Satellite is changing this.  It is seeing the markets move and it is adapting to the change.  HBO gets this.  DISH gets this, most especially with the Hopper.  It’s all change all the time and it’s all about the bits.  Do you think the consumer cares about any of this, beyond the tribal marketing wars?  No.  They just want a service that works.  They don’t care whether its satellite or cable or wireless or mesh.  They only care about the bits. To borrow from the Remote Sensing world, it’s now all about the 5 Rs: getting the Right data to the Right person at the Right time in the Right format at the Right price. 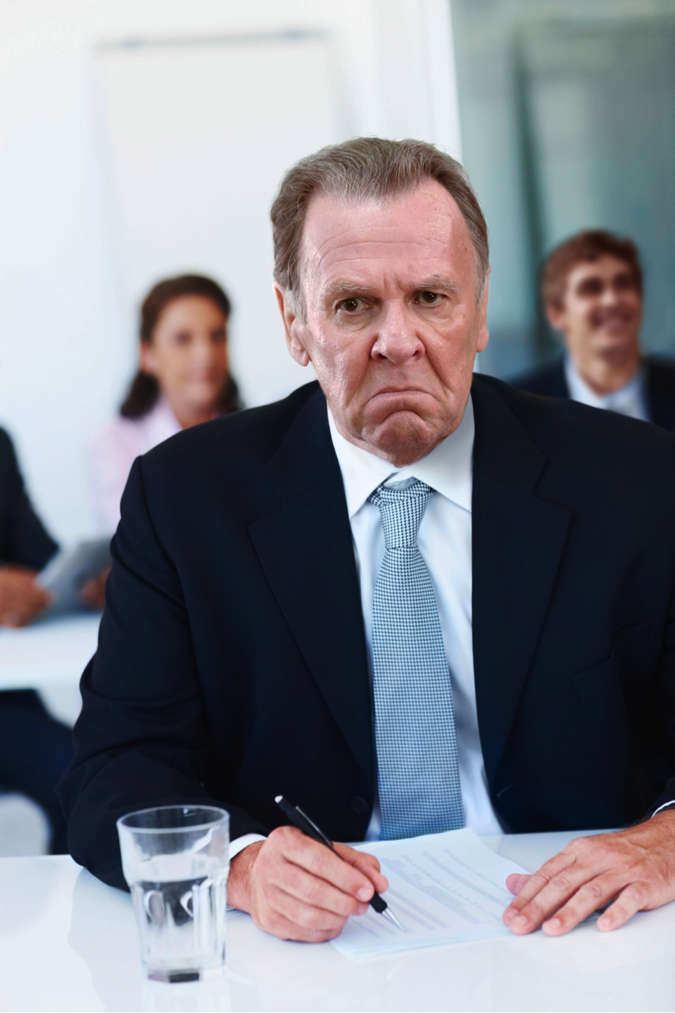 This is causing an increasing headache for regulators around the world.  I’d suggest they embrace being Digitally Agnostictoo.  Riddle me this: if I’m sitting on a plane using in flight Wi Fi provided by satellite broadband to watch a movie on Netflix…is this an FSS or BSS or MSS service?

There is nothing wrong with the classic regulatory and market definition of FSS, BSS, and MSS.  It is how the industry has grown and our current regulations reflect this.  It does though perhaps need to change to remain relevant.  The market ischanging, the laws of physics remain the same, but how we choose to regulate them may now also need to becomeDigitally Agnostic.

In the age of Digital Agnosticism, is ViaSat-1 more than a High Throughput Satellite?  Is it the ultimate harbinger of change? Satellite broadband is changing the very definition of communications.   Are we moving to an age of Digitally Agnostic satellite communications where there is no more FSS or BSS or MSS, but rather the transmission of pure digital data, no matter what the content of that data?  A real change for the regulation of satellites and for the societies and economics they serve?

There is talk of the Internet of Everything, Personal Data Clouds, streaming all and everything with petabytes of data per person needed 24/7/365.  A veritable Tsunami of data needs in the Digital Renaissance is headed towards the human race and we can either be swamped by wave of digital change, or we can ‘be the wave’ and metaphorically surf it to success.  We need to remain calm and be Zen. 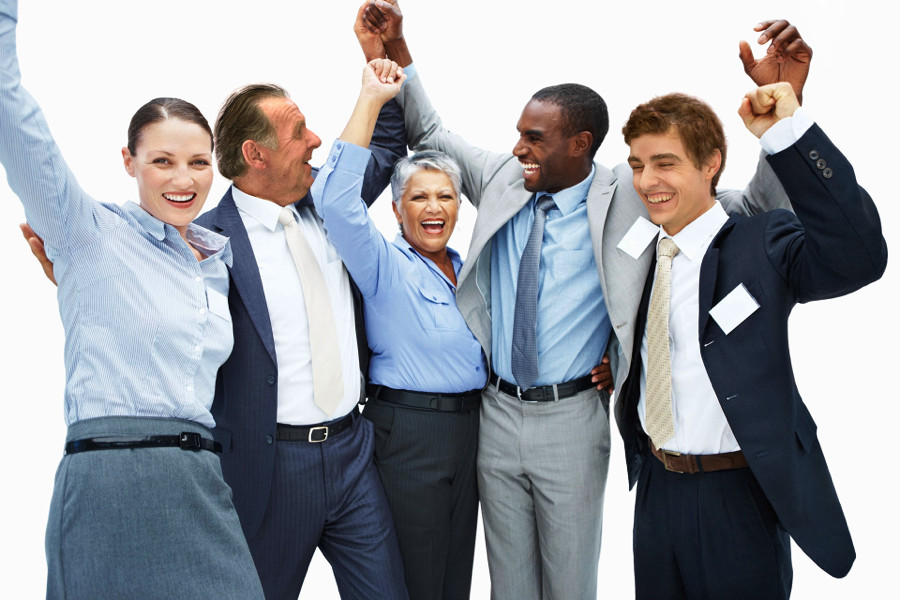 After all, the wave needs us, desperately so: satellite is especially good for digital data.  Between the content provider and their customer is us, satellite, providing the ultimate conduit for the free communication of ideas.  As an industry, we need to be Digitally Agnostic.  We’re creating this age of Digital Agnosticism after all. It’s all about the satellites and the screen and it’s all about the contents of the bits.

As the SSPI, we recognize that we must work to facilitate those connections on every platform and every screen possible for our members.  We’re not here to take sides in the Facebook versus Google+ versus Linked In debate or to choose one platform over another.   We have to be agnostic. We have to be now and for ever more Digitally Agnostic if we’re to succeed and thrive.

P.S. I won’t even begin to touch the ‘Freemium’ economy and its potential impact on satellite…and our Society.  That’s for another post.

P.P.S. With thanks to Getty Images for the copyright free content in promotion of the film, Unfinished Business.

About the Author: Christopher Stott

Chris is a Manx-born American space entrepreneur. He is best known for co-founding the regulatory and orbital frequency services company, ManSat, Odyssey Moon, and the International Institute of Space Commerce.

This site uses Akismet to reduce spam. Learn how your comment data is processed.